This morning we had the opportunity to visit the Haiti History Museum. The kids on our trip were tasked with remembering at least one thing they learned and share it on the blog:

The anchor from the sunken Santa Maria was on display at the museum as well. A small circle was taken out of the anchor and made into a medallion and given to Charles Lindberg after he flew across the ocean. 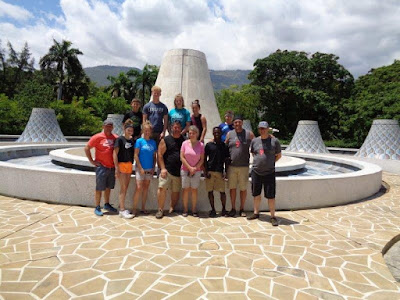 ﻿
After our museum visit, we went to CBG which was a Church and a School and there were 140ish little kids sitting in a small L shaped room. The kids were very friendly and accepting. They were first dancing around when all of us came inside.  Then they called attention to everyone in creole which was very fascinating because none of us could understand but the kids all went from being crazy to straightening up quickly. Then everyone was split into two groups. The kids who wanted to go play basketball and soccer went to play on an extremely hot concrete floor. The basketball hoop was a makeshift one and was cemented into the ground and the soccer goals were made out of medal with nets tied on it. The goals were about two feet in height and the same in width. There were only boys who went outside to play sports. The kids who stayed inside were mostly girls and they made necklaces from elastic string and colorful beads. The kids would make beautiful necklace’s and bracelets. We could not communicate with the kids so we mostly did hand jesters to try to elaborate what was trying to be said. Before we left, we were able to feed them some fruit juice and crackers and the kids loved them. Unfortunately, some kids didn’t get any at first because there was an abundant amount of kids. But we were able to get other drinks so no kids got left out. 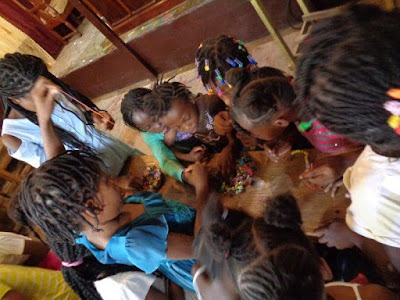 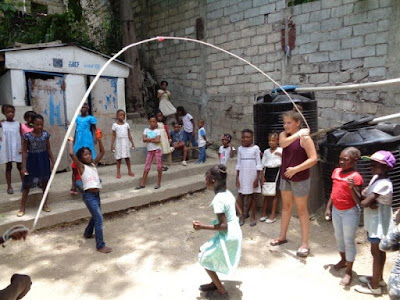 Speaking of drinks… After we departed CBG, we voyaged towards Superstar, a Haitian grocery store on the mountain. The view we all witnessed was breath taking, and it wasn’t the high-altitude change. There were houses all along the mountain side, practically stacked upon the other. There was mountain side shopping, stands set up along the road showcasing art. At Superstar we shopped for “Limonade,” “Fruit Champagne” and other goods. Looking at the prices I was convinced that my conversion rate was incorrect. The soda pop (591mL) I was about to purchase was 35 Gourds, which is 38 American cents. Low prices speak volume. It’s crazy that prices must be that low to have an effective product in Haiti. After Superstar we headed our way down the mountain back to the guest house. And yes… my ears did pop.
~Wade
﻿ 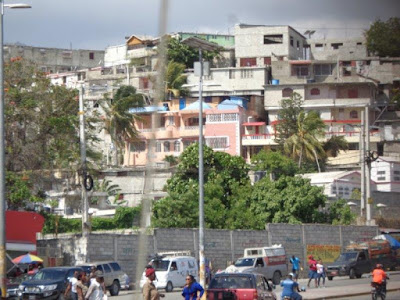 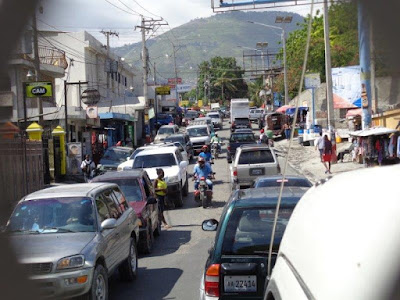 Posted by Healing Haiti Mission Team at 6:52 PM No comments: