Today we did water truck day at the beginning and end of our day, and spent time with area elders of Cite Soleil at Hope Church in between. 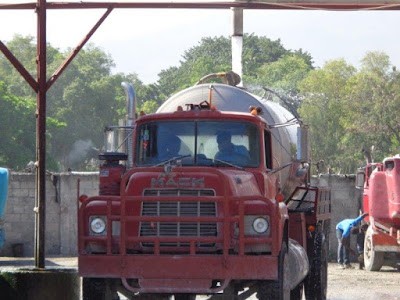 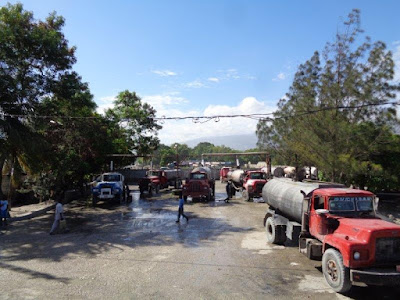 The first water truck stop was stop #17 which was in the heart of the poorest place.  The place was packed to the brim with Haitians with water jugs. The kids were climbing up everyone’s back to get on their shoulders and sit. They had the biggest smiles and laughed endlessly. As the buckets were filling up, we would help carry them back to their houses and say Merci which is thank you. I met a girl named Sabrina who was 16 years old and had to get 4 full buckets of water for her family, which consisted of her mom and super young sister and brother.  Our 2nd stop (after spending time with the elders) was to “4 Coffins” which was a little further down the street from stop 17. It was also very hectic with many people and most of them were young kids who wanted to be picked up and held. But the other half was young adult females getting water with kids who were too small to pick up the water so we had to step in and pick up the water and bring them to their house. ﻿ 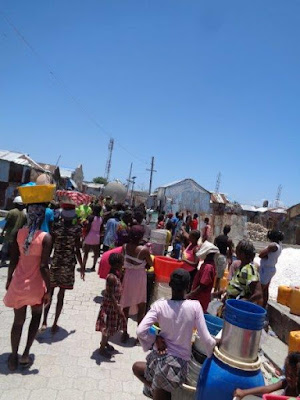 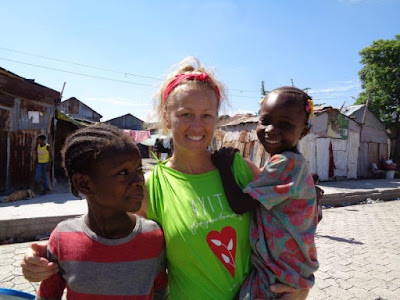 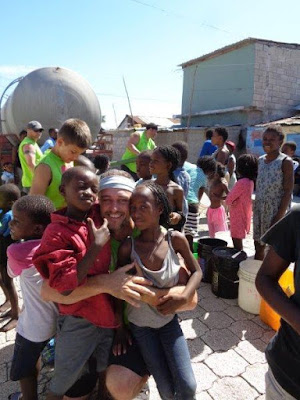 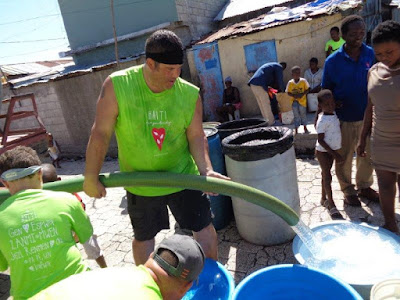 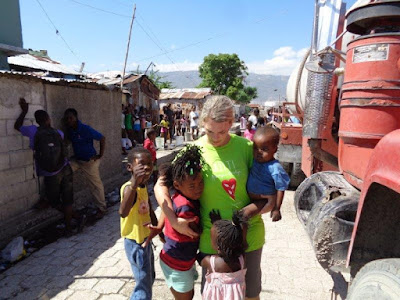 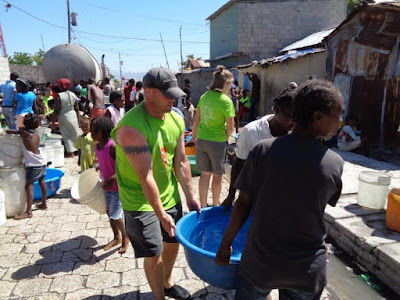 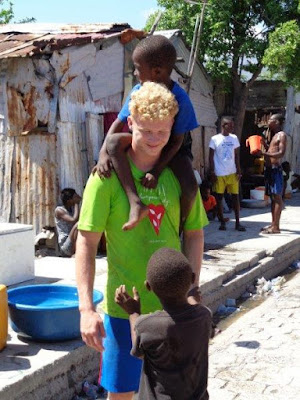 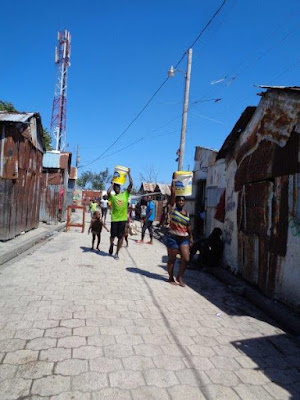 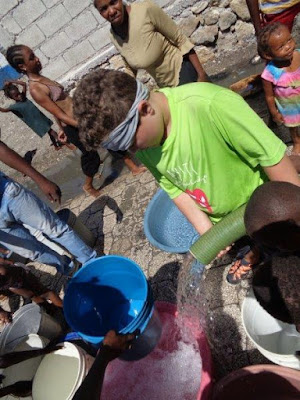 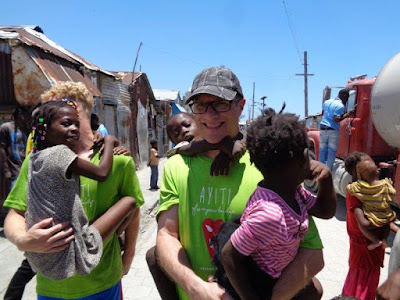 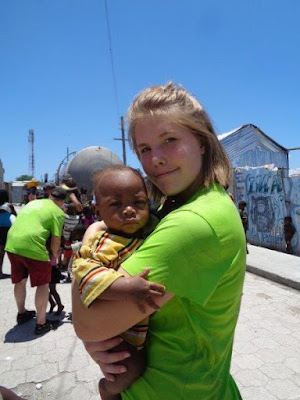 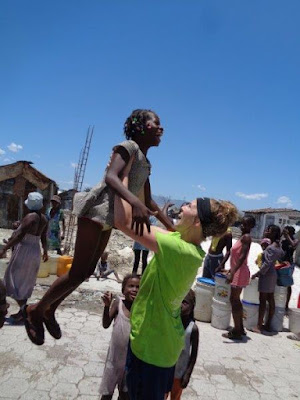 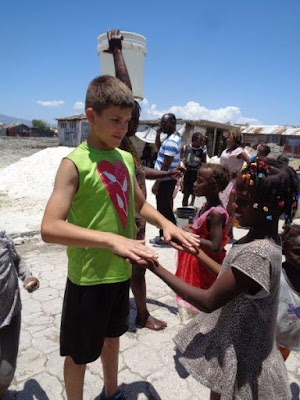 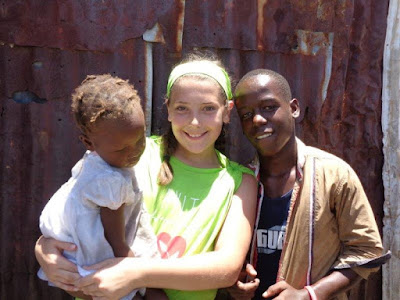 After the first water stop, we went to Hope church for the elder visit.  Approximately 30 elders from Cite Solei, near Hope Church, were there waiting for us. We decided to do a Spa Day for them so we had 7 people washing feet, then we would lotion their feet after they dried.  We would rotate every elder in until everyone’s feet were washed.  The remaining people polished ladies’ nails if they chose and we took polaroid photos of everyone.  Many of whom haven’t seen themselves or had a picture of themselves in years, if ever. After every elder was done with their feet washing, nails and picture, they were given a meal along with water and juice. 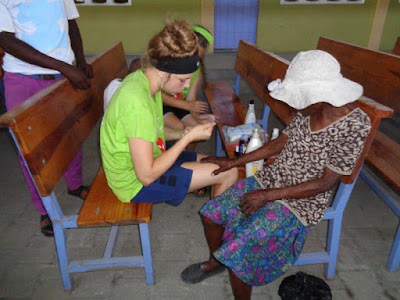 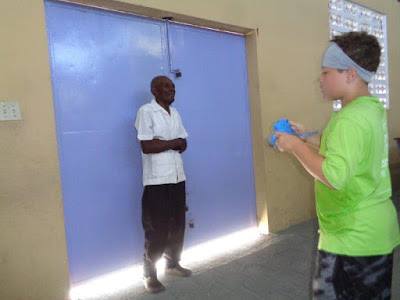 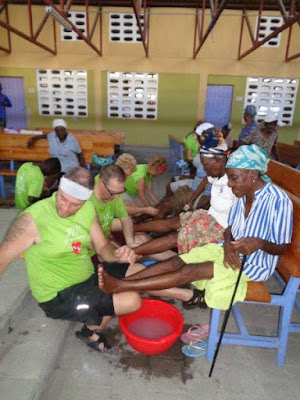 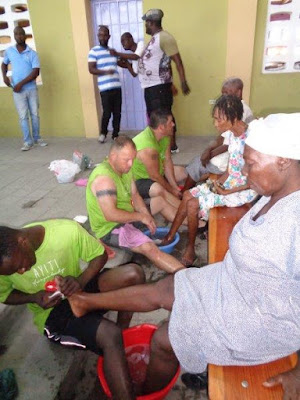 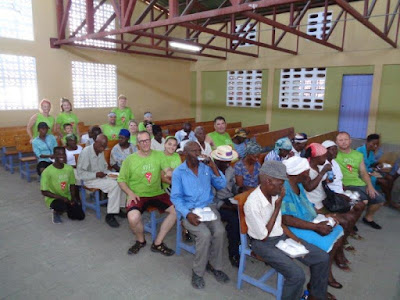 After we got back from Hope Church, we were able go outsides the gates of the guesthouse to play soccer, draw with sidewalk chalk, and jump rope. We were outside for maybe 1-2 hours and had a blast. The local neighborhood kids were really good at playing soccer. 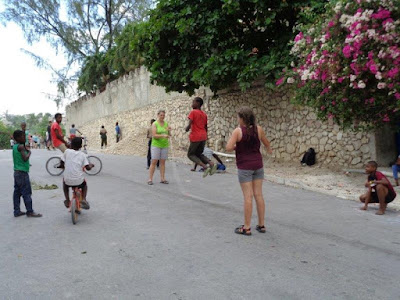 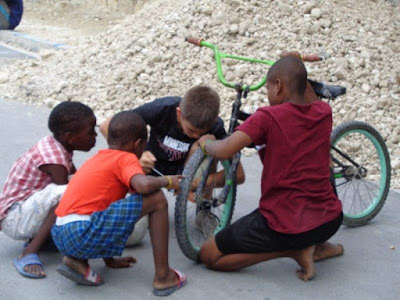 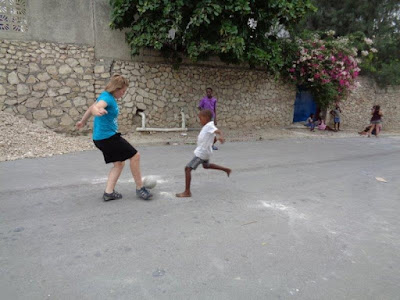 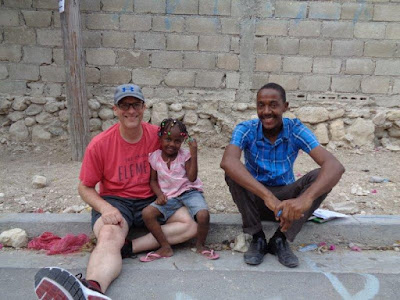 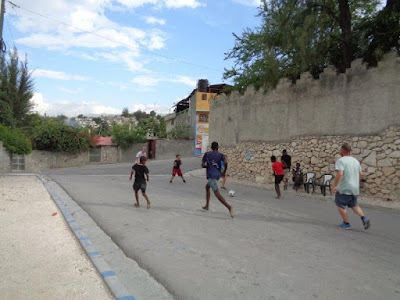 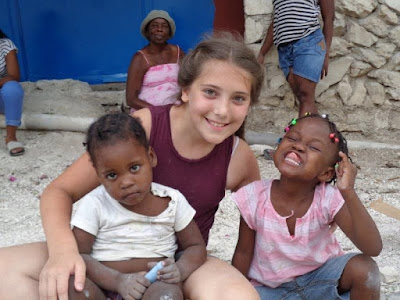 ~Jaxson and Colton
Posted by Healing Haiti Mission Team at 6:51 PM No comments: